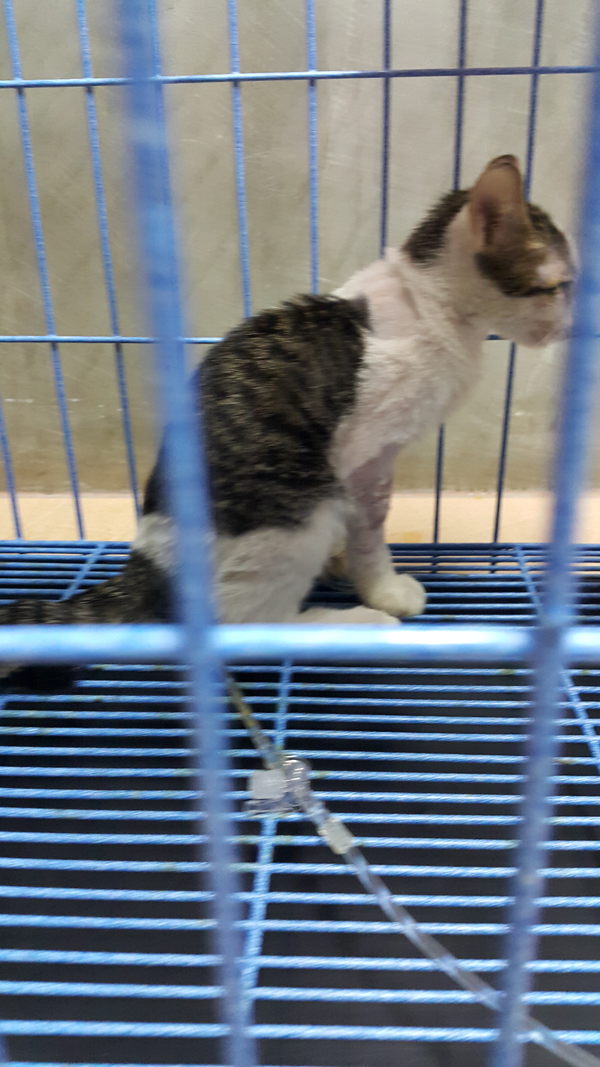 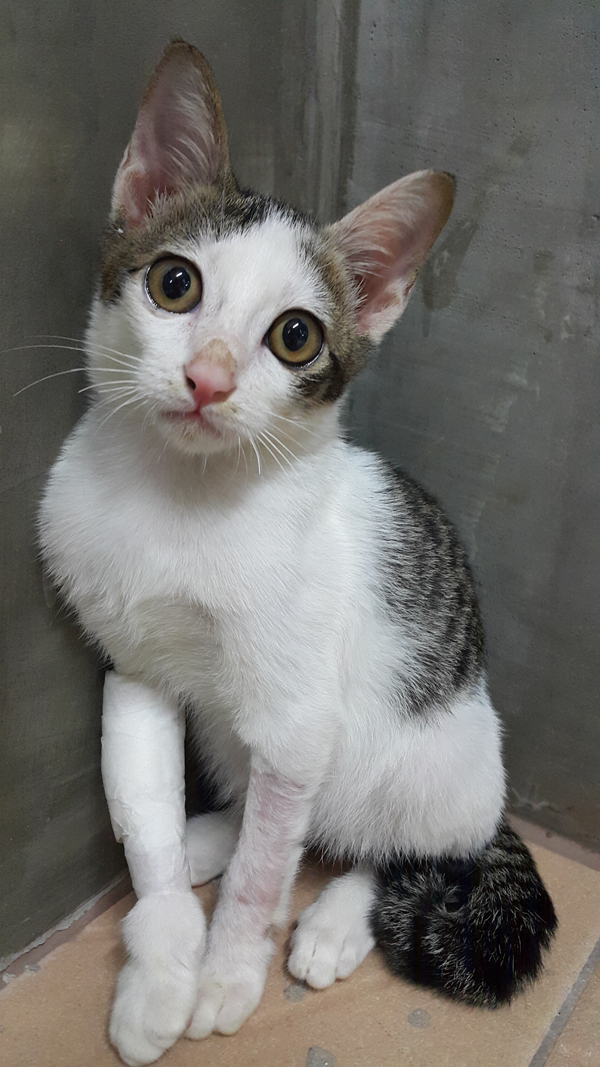 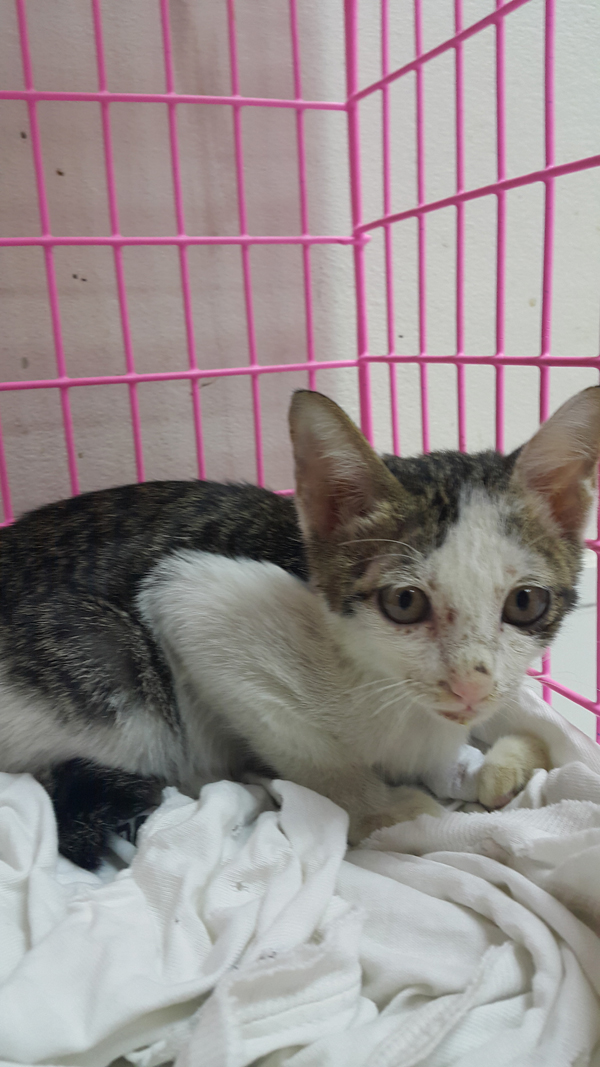 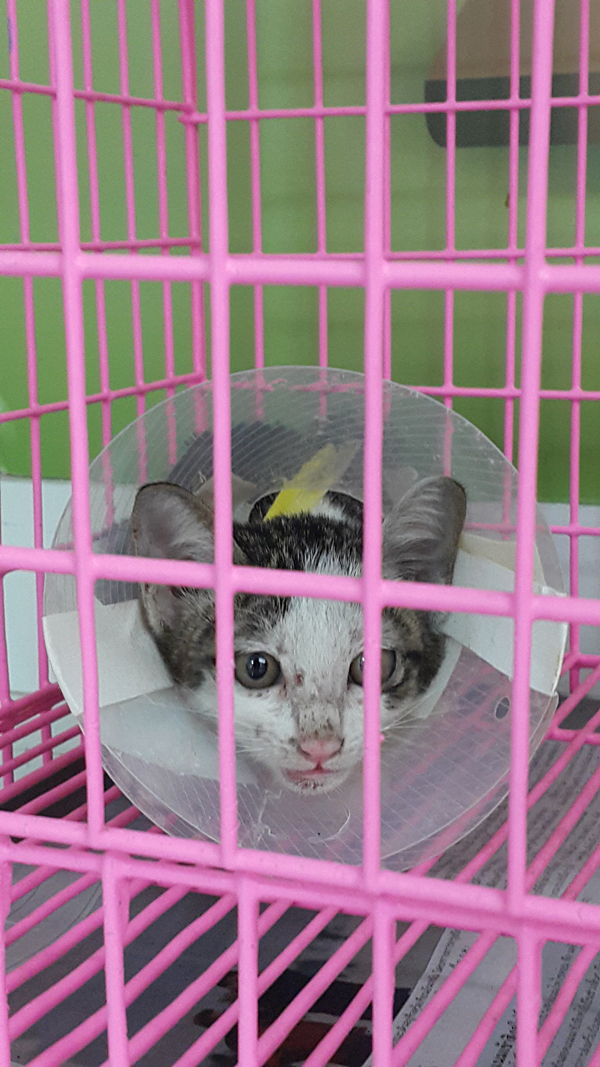 On December 14, 2015, Pun’s sister Mee was driving to work in Bangkok. As she was driving across a bridge she saw a small object drop from a under the car in front of her. She didn’t know what it was but she slowed down and as she passed she saw it was a kitten. She stopped her car and drove in reverse to help the kitten. She stopped, got out and caught the kitten before he could run away. The kitten bit her but she did not let go.

Mee took the kitten in her car and immediately drove to a the veterinary clinic because his leg was badly injured during his fall from the car. She named him “Snow.”

In addition to his injured leg, it turned out Snow was suffering from feline distemper. Snow battled to survive as Mee visited him every day at the clinic. Snow stayed in the clinic for over two months recovering from his injuries.

Even after Snow was released from the clinic and brought home, he still needed much care as his leg was still healing. His bandages needed to be changed and his leg cleaned, and he had follow up visits to the vet for weeks.

The medical bills were very high and Mee maxed out her credit cards to pay the medical bills. It was worth the effort as Snow eventually made a full recovery.

Snow is a very friendly cat and gets along well with other cats. He loves to play and is very clever. We hope to build a larger play area for all our cats so Snow has more room to play and can get some much needed exercise. 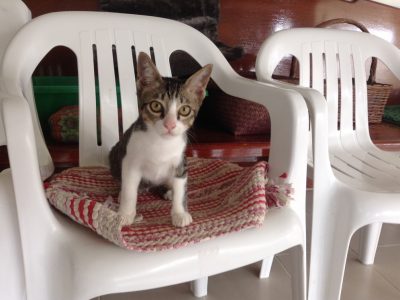 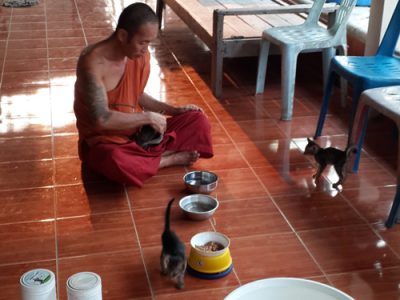 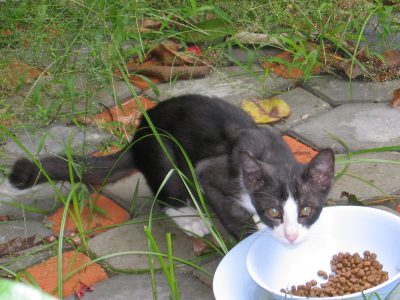 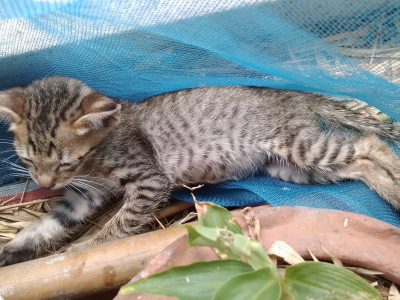